Somebody’s Calling My Name: Free and Half Free

This exhibit is a chronology of people of African descent in the Mid Hudson River Valley of New York State from its earliest arrivals in the 1600’s to the first half of the 19th Century. It traces the history of the people and the community’s efforts to gain legal and social equality from the Dutch period to the end of the 19th century.

In 1625 eleven men became the Mid Hudson Valley’s first residents of African descent; the first women arrived a few years later. While enslaved these early Black residents could own property and marry in a Dutch Church; the men could serve in the militia and testify against whites in a court of law.

In 1644 the men petitioned for and won their freedom. While no longer slaves, they remained half-free, required to labor on Dutch West India Company public work projects and pay the company 22 bushels of grain and ‘one fat hog’ every year for as long as they lived. They never became the equal of Dutch freeman or of freed indentured servants and those who remained enslaved could hope for “half free” status. Their “half-free” lives are symbolic of the history of African Americans in the Mid Hudson Valley who for the next 300 years would not achieve full equality with the White majority.

The traveling exhibition was developed with primary support from the New York Council for the Humanities (NYCH). The New York State Council on the Arts (NYSCA) provided additional support. These panels were created from the major exhibit organized as part of the quadricentennial of the city of Kingston and NYCH thought it was worthy of their full support. The panels have been on view in the Ulster County legislative building annually to commemorate Black History month and in the historic Matthewis Persen House. 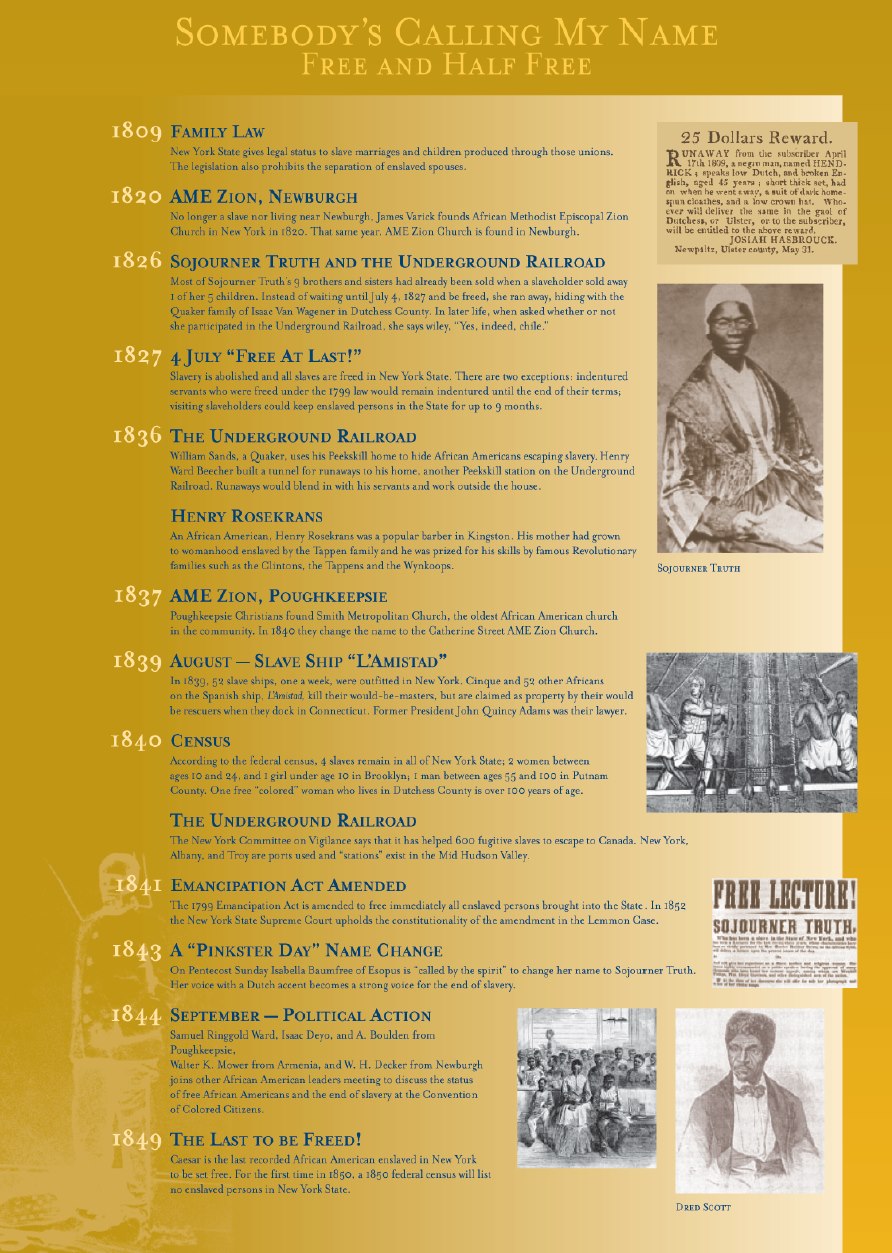