The library celebrated the reinstallation of Mvet Truth,

by Terry Adkins and paid tribute to Adkins’ life and work

the Studio Museum in Harlem, the Metropolitan Museum of Art and the Museum of

Modern Art in New York, and the Tate Modern in London. Known for his interdisciplinary

engagement. He frequently focuses on lesser-known mythologies of African-American

and philosopher W.E.B. Du Bois, among others, and incorporates elements of their histories

into his art making practice.

In 1996, Adkins donated the large-scale sculpture, Mvet Truth, to the College Library.

An homage to Sojourner Truth, the African-American abolitionist and women’s rights activist

for whom the library is named, the work is comprised of four wooden abstract forms and

a reproduction of the only known copy of Truth’s signature, recreated for the reinstallation

of Adkins’ work occasioned by the Library’s renovation, by Kathy Goodell, Professor of

Painting and Drawing. The work references a traditional African string instrument, the mvet,

which is made from a raffia stick. The term also refers to the many arts associated with the

instrument such as narrative singing, storytelling, dance, and mime. Adkins stated of this work,

“MVET is onomatopoetic. It refers to the sound made by some West African instruments.

It is also symbolic of [Sojourner Truth’s] love of music and her angelic nature.” 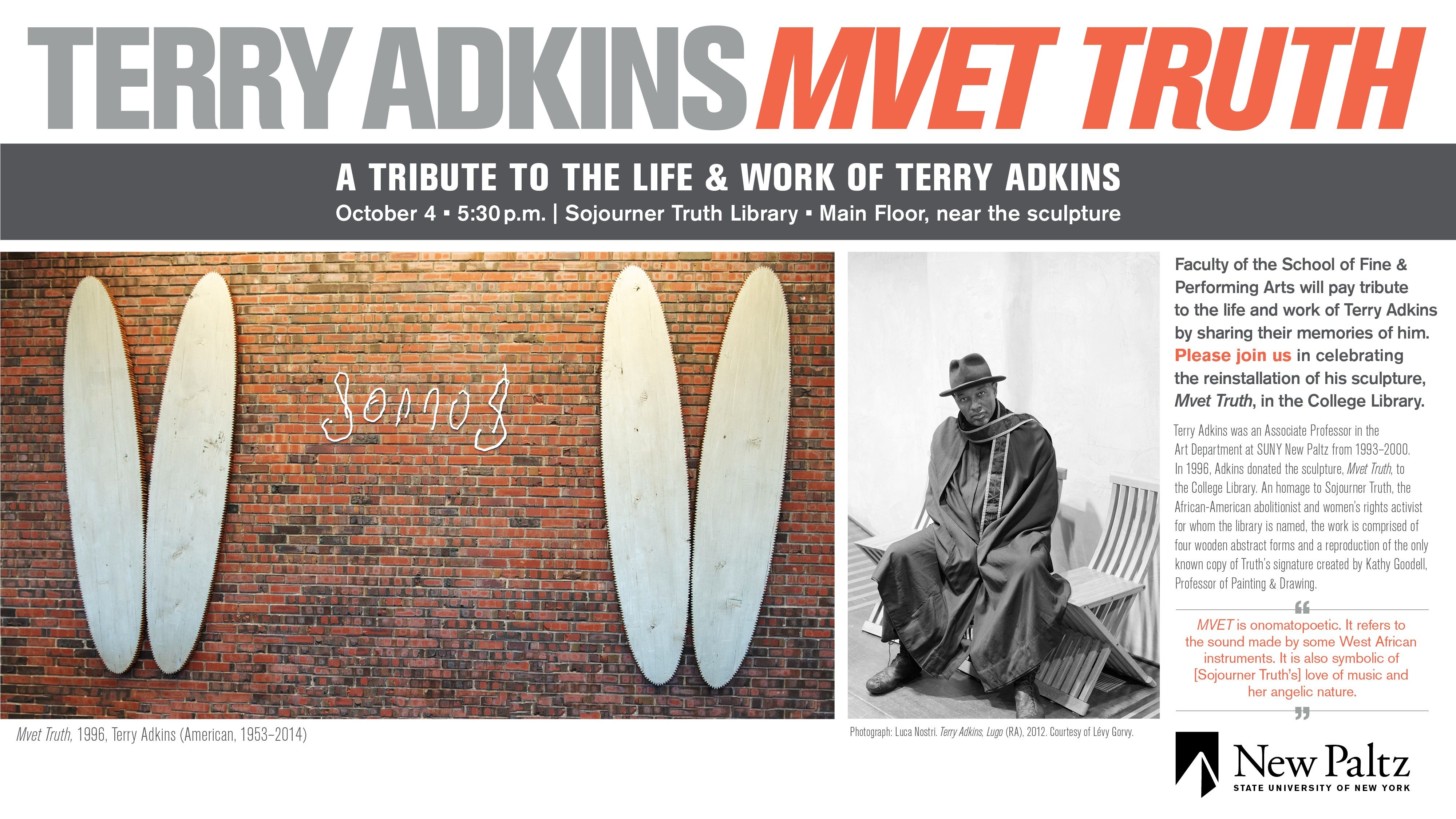